FCCR is once again collecting gently used coats for the Anton’s Cleaners coat drive. This includes coats of all types and sizes, for kids and adults. This year, due to COVID and space limitations, the FCCR collection will run from Monday, November 2, through Wednesday, November 25 only. Place coats in the box just inside the Sanborn St door of FCCR, Mon-Thurs., between 9am – 2pm. Coats may also be dropped off at any Anton’s, Jordan’s Furniture, or Enterprise Bank thru Jan 8. Alternatively, you can call the office to request information on contactless pickup.

Anton’s will clean the coats and donate them to charities that distribute them to those in need in the Boston area. These organizations include the Salvation Army, the Massachusetts Coalition for the Homeless, Rosie’s Place and the Boxford-based Community Giving Tree. Anton’s held its first Coats for Kids drive in 1994, collecting 2,000 coats. In its 15-year history, Coats for Kids has collected, cleaned and distributed a total of 620,015 coats. Last year 60,000 coats were collected, a number Anton’s hopes to meet again this year.

Sunday, November 22, from 11:30 a.m. to 2 p.m. you can pull up to an open parking spot on Sanborn Street and either a volunteer can take donations from your trunk or you can bring them to a table. Please wear a mask.

The items collected will be divided once again between the Reading Food Pantry and Neighbors in Need, a food pantry in Lawrence.

For people unable to participate that day, there will be a weekday drop-off opportunity on Thursday, November 19. The church’s Sanborn Street entrance nearest the office will be open 9 a.m. to 1 p.m., with a collection box placed just inside.

Each year, City Mission in Boston distributes over 5,000 gifts & clothing items during the annual Christmas Shop. Toys, books, hats, mittens, scarves, clothing and underwear for kids & teens, and more. Donations will be available to be dropped off Monday through Thursday from 9 am – 1 pm on Nov. 30 – Dec. 3

There will be a “drive up” donation day on Sunday, December 6 from 11:30 AM to 2 PM on Sanborn Street next to the church.

Click here to read more about what items are in need this year, and how to support and empower local, BIPOC-owned and women-owned businesses. There is a great need for toys and books featuring children of color, and the website offers resources on where to find these items. … 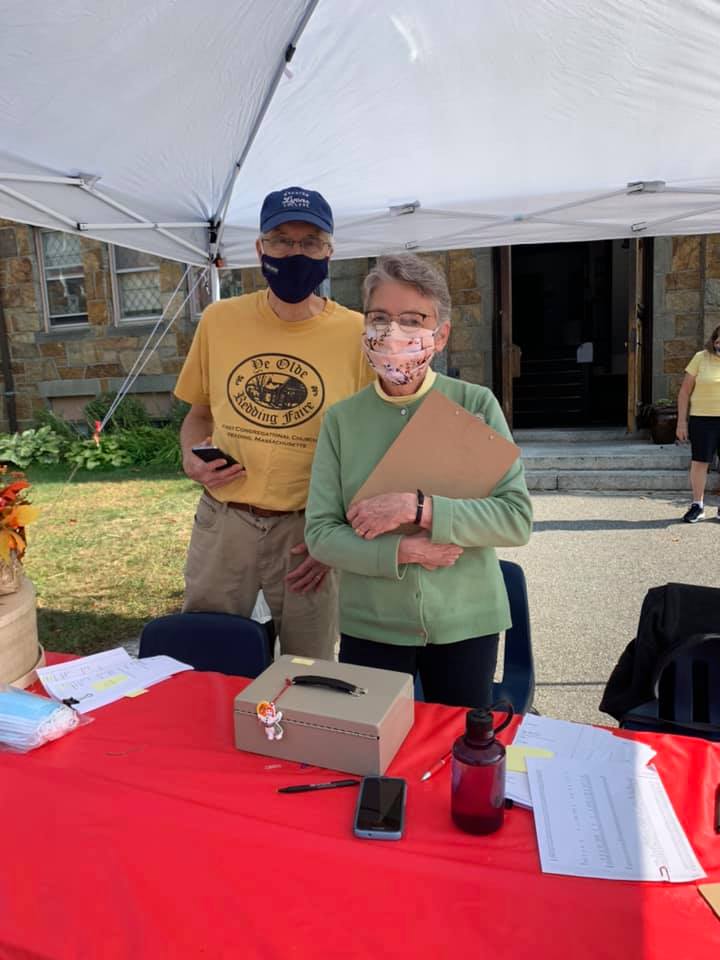 We are thrilled with the way the Express was received by the community. Despite the steep learning curve, the Express exceeded expectations in every way. This gives us a lot to work with for next year’s event, or maybe even something in the new year. I would like to thank everyone for their participation, especially those who were able to step forward to re-imagine and re-create the Faire 2020 style:
Jeannie Peirce
Gay Williams
Linda Ananian
Cindy Crampe
Diane Wilson
Betsy Connor
Craig Taylor
Rev. Emelia Attridge
Mary Ann Higgins
Peter Newhall
Mark Johnson
Carol Johnson
Christine Georgilas
Andi Jeffrey
The total profit for this year’s event (barring any late expenses) is a whopping $7,416.49! Out of this we will disburse $400 each to the Reading Food Pantry and to Emmaus, Inc. In these challenging times it is more important than ever that we share with our friends providing direct services to those in need. We are so glad that FCCR is able to continue this tradition of giving.
Thanks to everyone, please stay healthy, and keep imagining the future.
Betsy Schneider 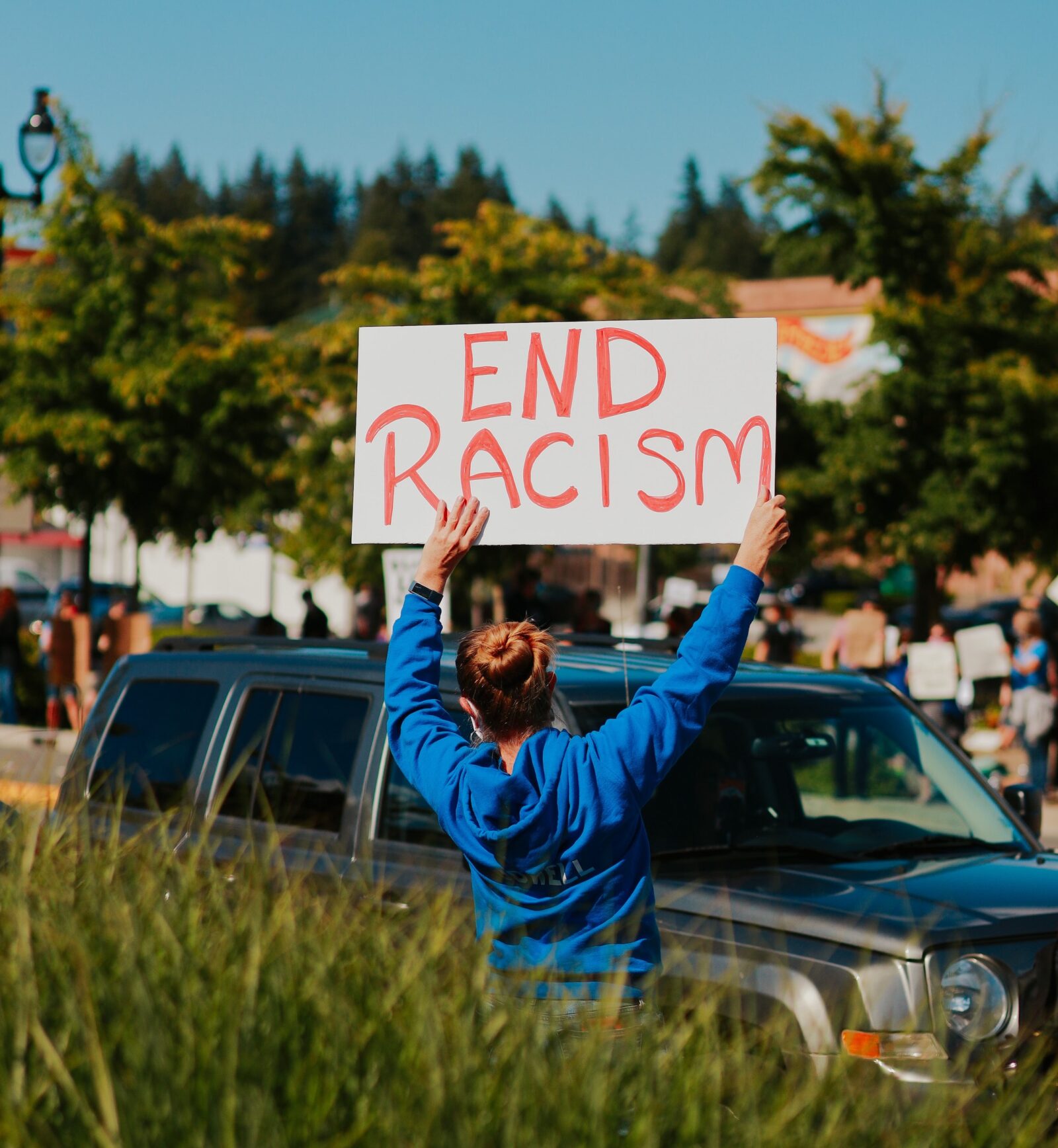 During the month of September, a group of about 20 church members came together over three Zoom sessions to discuss the book White Fragility by Robin DiAngelo, and to dive into honest and vulnerable conversations on racism. What resulted was faith-filled, spirit-led dialogue, and wondering, what next? Two members of the book study composed this report for the October Newsletter. Interested in learning more about how you can participate in the work towards racial justice? Join us on Sunday mornings, and stay tuned for more programs, education, activism, and dialogue.

“I’m not racist!” How many times have we heard this statement by caring people who are not aware of the institutional racism embedded in our culture? This is one of the topics explored by the book group that read, White Fragility, by Robin DiAngelo. Rev. Emelia led two groups, each consisting of about ten people, over a six-week period with three Zoom sessions each.

As we read the book, our discussions provided a safe place to share our personal experiences with racism, to explore guilt, misconceptions, and revelations, and also explore terms that were new to us.

The first thing we learned was a new definition of racism. It’s no longer about “bad” people running around lynching Black people just because, or refusing to let Black people eat at a lunch counter. Such racism, once common in the United States, is no longer so prevalent. But, racism is still built into our basic institutions in that African Americans in general do not have the same access to education, health care, or decent jobs that white people have. So, the issue is more about identifying racist institutions and how we have benefitted from them, than it is about “being mean”. But when one points out the realities of institutional racism, people get all defensive. Hence “white fragility”. We can’t handle truths that should shame us.

During one session, we discussed a continuum of racism from a UU curriculum that demonstrated how not everyone is in the same place on this journey. The continuum runs from the overt racism of white supremacist militias; to people who think white folks are naturally superior; to folks who think we’re all the same, but the white way of life is the norm toward which all should strive; to honoring and cherishing cultural diversity and to being active allies in the fight to remove racist institutions. My biggest revelation was how racist my family was. I explored reasons for this and found the beginning of an answer.

During another session, the term “White Women’s Tears,” was discussed when it was introduced in the reading. Sometimes when racism is pointed out, people break into tears (most often, apparently, white women) as a means of changing the subject away from racism: “How could you think I had anything to do with racism?” How tears evoke anger was an eye opener for me and helped to explain some interactions that I have had that I have never understood before. …